This is great news, both because it is good to see this research project starting to produce published results and because this study opens a new area for further study. Dr. Peters and her colleagues suggest that several other genes may contribute to the overall severity of MECP2 duplication. The authors use some existing measures of severity to determine the relationship between duplicated genes and overall severity. They go on to advocate for the creation of a comprehensive instrument for assessing severity of MECP2 duplication syndrome. END_OF_DOCUMENT_TOKEN_TO_BE_REPLACED 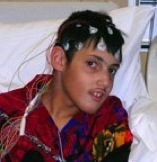 Over the years, there has been considerable discussion of whether the seizure disorder associated with MEP2 Duplication Syndrome should be categorized as Lennox-Gastaut syndrome. Up until very recently, this has been mostly an academic discussion, but a recent development means that this argument may have important practical implication for individuals with MECP2 Duplication Syndrome and their families. On June 25, 2018, the FDA approved Cannabidiol treatment for individuals with Lennox-Gastaut, (and Dravet syndromes) and having a diagnosis of Lennox-Gastaut may affect availability and cost to individuals MECP2 duplication syndrome. So, here are some facts to consider. END_OF_DOCUMENT_TOKEN_TO_BE_REPLACED 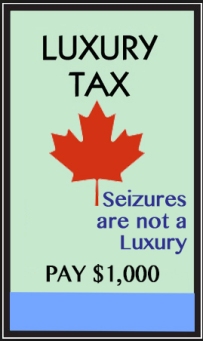 THANK YOU TO THE GOVERNMENT OF CANADA FOR LISTENING TO THIS POST AND ALL OF THE OTHER VOICES ASKING FOR EXEMPTION OF CBD! This year the government agreed and exempted CBD.

As currently proposed, the Canadian Cannabis Excise Tax will create an excessive economic burden on many sick and disabled Canadians. In many cases, it will add an additional $1000 or year or more to the existing federal taxes. The stated rationale for this tax is that recreational users may claim to be medical users in order to avoid the excise tax on recreational marijuana. This rationale, however, cannot be appropriately applied to Cannabidiol (CBD) oil, because CBD is not psychotropic, and CBD oil has no potential for recreational use. Therefore, adding an excise tax to CBD oils that contain only small amounts of THC, serves no purpose other than to create an additional financial burden of sick and disabled Canadians.

If you agree, please e-mail the Department of Finance Canada at fin.cannabis-taxation-cannabis.fin@canada.ca and tell them:

The Department of Finance will accept comments on the proposed tax until 7 December 2017 and you can view the entire proposal here: http://www.fin.gc.ca/n17/data/17-114_1-eng.asp

Let the Canadian Department of Finance know what you think about the proposed excise tax. Feel free to quote or draw on any part of this blog post, if that is helpful. Also feel free to share this post with anyone who may be interested.

For more details on why CBD should be exempted, see below:

About me I want to be clear about the fact that I have a personal stake in this matter. Our son’s doctor has prescribed CBD oil to help manage intractable epilepsy END_OF_DOCUMENT_TOKEN_TO_BE_REPLACED

It has been written 100s of times and repeated 100s of thousands of times: 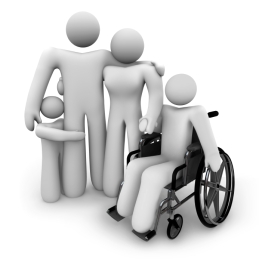 “…about 70 percent of US couples with disabled children get divorced”

“…the divorce rate among parents of autistic children is 75 percent”

“… estimates put the divorce rate among parents of children with severe disabilities as high as four out of five marriages.”

but there are two problems with these statements. First, THEY ARE NOT TRUE and, more importantly, THEY ARE DANGEROUS. END_OF_DOCUMENT_TOKEN_TO_BE_REPLACED

Dr. Hsiao-Tuan Chao, one of the Jan and Dan Duncan Neurological Research Institute at Texas Children’s Hospital research team studying MECP2 duplication syndrome and related disorders, has been named as a 2017 STAT Wunderkind. This honor is awarded each year to recognize up-and-coming medical and biotechnology researchers whose careers are blossoming and are expected to be North America’s next generation of leading scientists. This year 27 “Wunderkinds” were selected for this honor out of more than 300 nominations.

A metaphor for MECP2 testing

As more families affected by MECP2 duplication are discovering that sometimes the wrong tests have been ordered leading to incorrect information being given, this simple metaphor may be useful  for  understanding the difference between two MECP2-related conditions and how testing applies to them.

Imagine that you are helping out at major international championship card game. END_OF_DOCUMENT_TOKEN_TO_BE_REPLACED

MECP2 Duplication is NOT Rett Syndrome

I hate to be writing this in 2017, but there still seems to be a lot of confusion between Rett Syndrome and MECP2 duplication syndrome. So let me start simply by saying, THESE ARE NOT THE SAME. They are very different and in some ways they are completely opposite of each other.

Nevertheless, a lot of people including a significant number of doctors, healthcare professionals, and researchers seem to be confusing these two conditions. I am not pointing out these groups just to pick on them; I feel like I have to point this out because patients and their families are relying on these people to provide appropriate care and advice. If they confuse these conditions, real harm can result. END_OF_DOCUMENT_TOKEN_TO_BE_REPLACED 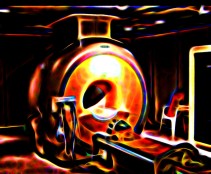 This post provides some information on MRI findings in MECP2 duplication syndrome. It is based mostly on one study by French researchers (El Chehadeh, S., Faivre, L, Mosca-Boidron , et al. 2016)

The study included findings from MRI brain scans from 30 individuals with MECP2 duplication syndrome. The sample included males and females from under one year old to 49 years old. The MECP2 duplications included short and long duplications, duplications on the X chromosome and translocations to other chromosomes. The study was designed to determine if other specific genes included in the duplicated material influenced the observed MRI findings, however, no systematic differences were found. There was some limited evidence of increased atrophy of some structures over time.

The researchers reported that 93% of the individuals studied had significant abnormal findings. Some of the most common findings included

abnormalities or underdevelopment of the corpus callosum (67% of individuals) The corpus callosum is the main connection between the right and left side of the brain. It was frequently described as poorly developed, thin, or missing.

reduced white matter volume (40% of individuals) White matter comprises the area of the brain where most connections are made.

Half of the individuals studied were epileptic and almost all of those had poorly controlled seizures. There was no clear difference in brain structures  and presence or absence of seizures.

One interesting finding was on head circumference. Most individuals were within normal limits, but there were some in the microcephalic range and others in the macrocephalic range.

Getting Back to Blogging

This is a short personal note. For anyone who might have missed these blog entries over the past months, I apologize. Starting this past spring, I have been having some health issues of my own. Dealing with these issues has taken up a lot of my time, and my energy level has been limited.

I am happy to say that I am doing somewhat better, and want to start posting again. Thanks for your patience. Time to wake up.

This week the New England Journal of Medicine published a double-blind study on the effectiveness of Cannabidiol (CBD) on seizures demonstrating that it was safe and effective for kids whose seizures could not be effectively controlled with typical anticonvulsants. The publication of the study set off a media storm with the results reported in hundreds of newspapers and on electronic media. The actual study focused on individuals with a Dravet syndrome diagnosis and so it is difficult to know how well it can be applied to individuals with MECP2 duplication. Nevertheless, there are some interesting findings and likely impacts with potential implications. END_OF_DOCUMENT_TOKEN_TO_BE_REPLACED